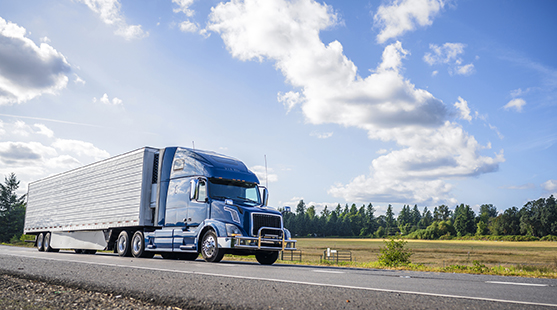 One-in-eight vehicular accidents in the U.S. involve a truck weighing 10,000 pounds or more.

The dangers posed by vehicles of this size are obvious.

Now imagine yourself as a cyclist and having to share the road with these monsters.

Did you know that eleven percent of all bicycling fatalities in the U.S. each year involve a tractor-trailer truck?  The problem is even worse in urban centers like New York and Boston, where large trucks kill one of every three cyclists killed on the road.

How is this possible?

Trucks, particularly tractor-trailer trucks, have more blind spots and far larger blind-spots than any other vehicle on the road (as much as 20 feet in front of or on the side of and up to 30 feet behind it).

A truck’s height is also a hazard to cyclists, making it difficult for truckers to see cyclists riding in front, to the side, or in the rear of the vehicle.

Often the cause of catastrophic injury or death for a cyclist is a collision with the side a truck that results in the cyclists falling under the vehicle and being crushed.  Over half of cycling fatalities involving a truck are the result of this type of accident.

Is there no way to prevent these accidents in the first place?

Actually, there is a way, and the solution is inexpensive.

Side guards cover the long spaces between axles on a truck trailer making it harder for a cyclist to fall under the trailer in a collision.

According to at least one British study, side guards on trucks reduce cycling deaths by 61%.

Given the magnitude of the problem in major urban areas, the cities of Boston and New York have both passed local ordinances calling for the installation of side guards on all tractor-trailer trucks traveling in those cities.

Should the State of Connecticut also require this measure statewide?

Given the cost in lives and financial resources, it’s worth considering.

In the meantime, if you’re a cyclist in Connecticut and may be sharing the roads with these large trucks, remember – they pose a great danger to your safety.

If you or a loved one are ever injured in a cycling or truck accident in Connecticut, know that the Connecticut accident lawyers at RisCassi & Davis have been assisting people like you who’ve been injured in these accidents for over 60 years.  And we have received both state and national recognition for our work in this area.  If you are ever injured in an accident of any kind and would like a free consultation with one of our Connecticut car accident lawyers, please contact us.   There is no obligation.