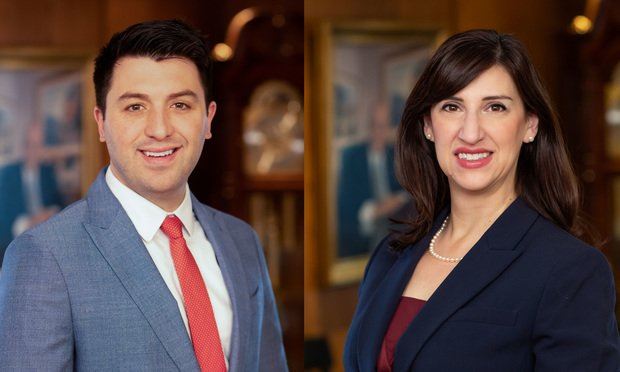 Ask any parent, there is nothing more valuable or precious than the health and well-being of his or her children. While many parents strive to no end to protect their kids from harm, accidents happen and, sadly, children can be seriously hurt. In these tragic circumstances, where a child is injured by someone else’s negligence, the emotional toll on the parents can seem no less severe than the physical pain experienced by their child. Although the law permits children to bring a claim against someone who caused their injuries, the legal remedies available to the suffering parents are not as well-defined. However, a recent decision in a case argued by attorney Andrew Groher at RisCassi & Davis adds some clarity to this convoluted area of the law and paves the way for parents to seek compensation for loss of filial consortium, i.e., for their own pain and loss when their child has been injured.

Historically, loss of consortium claims began as a means of compensating a husband for the loss of companionship, affection or society that resulted from his wife’s injuries (in the outmoded olden days when women were considered the property of their husbands). Over time, Connecticut law evolved to allow a wife to sue for the loss of consortium of her husband. [1] Because the claim was rooted in a spousal relationship, at first, the Connecticut Supreme Court permitted the claim to be brought only by married persons, finding that marriage was the central element that gave rise to the “consortium” in the first instance.[2] Because consortium stemmed from a marital relationship, in a 1998 case, the court refused to recognize children’s right to sue for a loss of consortium resulting from injury to a parent, holding that the parental relationship was not based on the same emotional closeness and connection as that which existed between spouses.[3]

As marriage evolved, so, too, did the law on loss of consortium. In 2014, the court ruled that same-sex couples also have the right to bring loss of consortium claims.4 In so doing, the court noted that “society has come to accept the view that committed same sex couples who wish to marry are entitled to the same social and legal recognition as committed opposite sex couples who wish to marry.” In acknowledging that loss of consortium was based on an injury to the emotional bond between two people and not puritanical roles of husband and wife, the court was hard-pressed not to revisit its prior decision declining to extend such rights to children. A year later, it did just that.

Jose Campos, a father of three, was riding his bicycle in West Haven, when he was struck by a negligent motorist. He suffered severe injuries and died three days after the accident. His family filed a lawsuit against the motorist, which included claims of loss of parental consortium on behalf of Mr. Campos’ children. The case was appealed and the Connecticut Supreme Court ruled that the parental consortium claims were legally valid. In overruling precedent, the court stated that “the parent-child relationship is essentially different from other familial relationships, and the inability of a parent who has suffered a physical or mental injury to provide the love, care, companionship and guidance to minor children that he or she otherwise would have provided . . . is an eminently foreseeable and uniquely harmful consequence of such an injury.”5 Despite finally recognizing the importance of the parent-child relationship, the court did not address whether a parent could make a similar claim if it was his or her child that was injured in the underlying accident.

In January, 2021, Attorney Groher at RisCassi & Davis argued successfully on behalf of two parents who claimed loss of consortium as a result of life-altering injuries suffered by their daughter in auto accident. We argued that based on the previously mentioned Connecticut Supreme Court decision, which recognized the parent-child relationship as predicated on an irreplaceable and incomparable bond, there was seemingly no logical reason to permit children to claim loss of consortium on behalf of injuries to their parents but not allow parents to claim the same based on injuries suffered by their child. The judge agreed, noting that “the unique emotional attachment between a parent and child does not only flow from the child to the parent. Common sense and human experience teach that the love and affection flowing from a parent to a child is every bit as strong as that flowing from a child to a parent.” In his lengthy analysis, the Judge also acknowledged that many other states permit loss of filial consortium claims and, from a public policy standpoint, the law should seek to protect the parent-child relationship through civil remedies.

While it is too early to tell if this decision will be adopted by other judges, it was certainly impactful in resolving our clients’ case and will likely prove influential in the event this issue is appealed to our state’s higher courts.