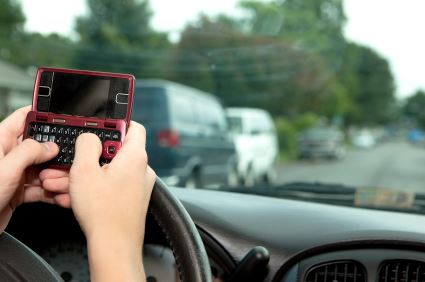 The public relations battle to get people to stop texting and driving appears to be failing.

In a newly released report – U.S. drivers readily admit they’re still texting and using Facebook, Snapchat, and other social media platforms while they drive. And as a result – traffic fatalities are rising at their fastest rate in 50 years.

So what’s the solution?

That’s a question researchers and traffic safety experts are trying to answer.

One state thinks they may have a solution. Technology.

A group of legislators in New York is proposing that police departments be given new tools to immediately detect whether a driver was using a handheld device at the time of a car accident.

We’ve all heard of breathalyzers – right? Those are the devices police use to determine whether a driver is intoxicated.

The new tool being considered to help police crackdown on distracted drivers is called a textalyzer – a digital equivalent of the breathalyzer.

How will it work you ask?

Police armed with these devices will be able to arrive at the scene of a car accident, request the cell phones of all drivers involved, and use the textalyzer to plug into the operating systems of each phone to determine if there has been recent activity.

This device would be able to tell the police whether at the time of the accident, a driver was using the phone to talk, text or doing anything else with the device that is forbidden by New York law.

Might there be constitutional privacy issues around this technology? Experts say no – because the textalyzer would only be capable of determining if there had been activity on the device – not the content of any communications.

Jay Winston, Director of the Center for Health Communications at Harvard is worried that if something isn’t done – car accident rates will skyrocket in the years to come. We’re losing the battle against distracted driving,” he said recently. A solution that Harvard is working on involves a massive public relations effort akin to the drunk driving PR campaigns of the 1990s.

In addition, a group called Partnership for Distraction-Free Driving is circulating a petition to urge all social media companies to strongly discourage their users from multi-tasking while driving.

Will any of these efforts reduce distracted driving thereby reducing the number of fatal car accidents in Connecticut and around the country? Only time will tell. But it is clear something must be done and done soon.

Remember – distracted drivers are as dangerous as drunk drivers. Whenever you drive – put your handheld device where you will not be tempted to use it – ever.