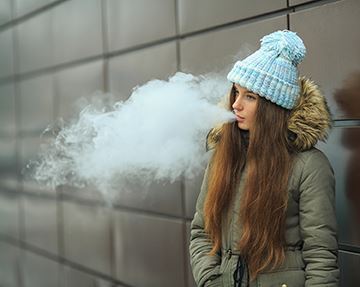 With cases of severe lung disease and deaths on the rise, a consequence of the vaping craze, some are left wondering why tobacco products remain on the market.

After all – the deadly effects of tobacco have been known for over 50 years.

The President is now vowing to ban all flavored e-cigarettes – an idea that is gaining support around the country.

But what about menthol-flavored cigarettes.

For decades, those products have been popular in the African American community as well as a killing scourge.   Forty-seven thousand African Americans die every year in the U.S. from smoking-related causes.

Members of that community are now asking why those products are still on the market.

According to the Washington Post, “Congress passed a landmark law giving the FDA authority to regulate tobacco products. The law banned sweet, candy-flavored cigarettes that had proliferated to appeal to youth. But because Congress exempted menthol cigarettes from that ban, trying to remove them from the market today would be a challenge.”

So how did this product category gain the power to resist change while e-cigarettes are proving to be an easy target?

It’s all about timing and political power.

First to timing…  The tobacco trade is as old as America.  The vaping craze is new on the scene.

The tobacco industry – though weakened over the past several decades – still has many influential friends in the federal government – including members of Congress who hail from tobacco-growing states.

When then Food and Drug Administration Commissioner Scott Gottlieb proposed banning mentholated tobacco products in 2018, Senator Richard Burr of North Carolina was reported to have attacked the recommendation on the Senate floor saying “a menthol ban would rob adult smokers of a legal product and cost states billions in tax revenue.” He also complained privately about Gottlieb to several administration officials.[1]

So what’s the end game here?  Should mentholated tobacco products be removed from the market?

Sadly, not any time soon.