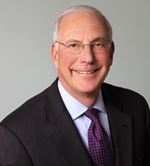 By Michael Jainchill, Esq. (Fellow  of the American College of Trial Lawyers, member of the ABA, CBA, CTLA, and Partner at RisCassi & Davis in Hartford)

Trump’s ban, created through an executive order, sought to block people from seven majority-Muslim countries from entering the United States. The President reacted to Judge Robart’s decision by tweeting “…the opinion of this so-called judge, which essentially takes law-enforcement away from our country, is ridiculous and will be overturned!”

Judge Robart is not a “so-called judge,” but rather a respected, conservative jurist who was appointed to the Federal Court by President George W. Bush and confirmed by a vote of 99-0 by the United States Senate in 2004. On Wednesday, he lashed out at the judges of the Ninth Circuit Court of Appeals, claiming the process “too political” seemingly because the judges won’t just immediately rubber-stamp his constitutionally questionable executive order.

All Americans who believe in the Constitutional safeguards incorporated by our Founding Fathers into our three co-equal branches of government ought to be appalled by the President’s attempt to bully the judiciary. The political campaign is over, and as offensive as the comments about “little Marco Rubio” or “crooked Hillary Clinton” may have been, they pale in comparison to the blatant attack on the Federal bench.  An independent judiciary free from political influence is a hallmark of our democracy and the bedrock of our freedoms. Lawyers representing the rights and interests of their clients, along with impartial and fair-minded judges deciding disputes in the courtroom, are what stands between freedom and tyranny.

In the past 24 hours, non-partisan legal organizations, the American College of Trial Lawyers, The American Board of Trial Advocates, and the American Bar Association have each spoken out strongly against President Trump’s attack on Judge Robart, condemning and calling the President’s comments “wrong”, and unequivocally stating that “nothing is more important than the impartiality and integrity of our court system”. It is important that all courts remain free of political interference. Although he never apologizes, this one demands one from the President.