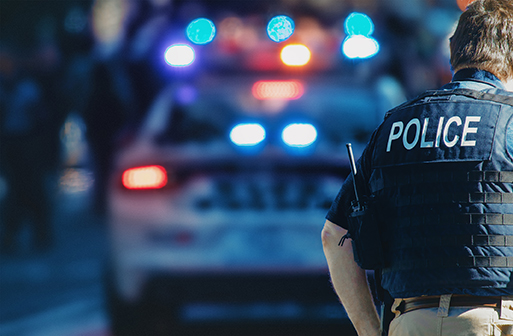 The Connecticut Legislature just passed a bill removing qualified immunity for police officers in the state.

This action comes as policing across America is under increased scrutiny following a number of highly visible acts of violence by police officers, including the death of a man named George Floyd, killed by police officers while in their custody.

Because of qualified immunity, the vast majority of cases of police brutality are never prosecuted.

So, what will it mean when qualified immunity is removed?  It’ll mean citizens can sue state and municipal police for using excessive force in the conduct of their duties.

Does that mean costs for my town will go up?

The organization’s self-proclaimed mission is to maintain stable rate premiums and distribute equity shares to its members from annual returns.

Based on its latest financial report, CIRMA has seen sustained growth in its assets over the past decade.  It has also seen sustained reductions in the severity of claims paid for the past five years.

The fact that CIRMA has seen year-after-year decline in total payouts is surprising given that the incurred losses for other private insurers have steadily risen during the same time frame.  Specifically, the Insurance Information Institute notes that total payouts for personal auto insurance carriers have risen by more than $15 million since 2014.  While part of the disparity can be explained by CIRMA’s narrow coverage market, another explanation is the unique legal protections that municipalities enjoy with respect to most liability claims.

As stated above, the Connecticut Legislature just passed an extensive police reform bill that seeks to abolish qualified immunity for certain civil rights claims.  In response to this legislation, some officials have voiced concern that it will lead to a flood of litigation, raising insurance premiums for towns and cities across the board.  Of course, one could argue that if instances of excessive force are not as pervasive as the media portrays, then it’s hard to fathom such claims having a significant financial impact on municipal insurers.  Moreover, as CIRMA’s own financials indicate, the organization is hardly on the brink of insolvency.  Indeed, in 2019, it paid approximately $10 million less in total claims than it paid in 2014, this is despite the fact that CIRMA currently insurers more police officers now than it did five years earlier.

While the reduction in payouts could be explained by better policing practices and improved training, some consideration has to be given to recent court decisions that have made it increasingly difficult to hold municipalities liable. In fact, a recent national survey by Reuters found a significant increase in the number of cases dismissed on the basis of qualified immunity for the years 2017-2019, when compared to a similar two year period a decade earlier. This increase is in part due to United States Supreme Court precedent that allows judges to dismiss police excessive force cases without reaching the entire merits of the case.

Understandably, CIRMA has a vested interest in ensuring that it can offer affordable premiums to its members.  But based on publicly available data, it is difficult to surmise that an expansion of civil liability for police officers will have a marketed impact on the organization’s bottom line.

Further, with the heightened financial risk associated with police officer conduct, municipalities might be more inclined to implement stronger accountability measures and less likely to retain officers with histories of misconduct.

In sum, rather than reducing the costs of insuring police departments by depriving citizens of the right to seek justice for violations of their constitutional rights, the onus should be on municipalities to take the necessary measures to reduce the financial impact of these claims.