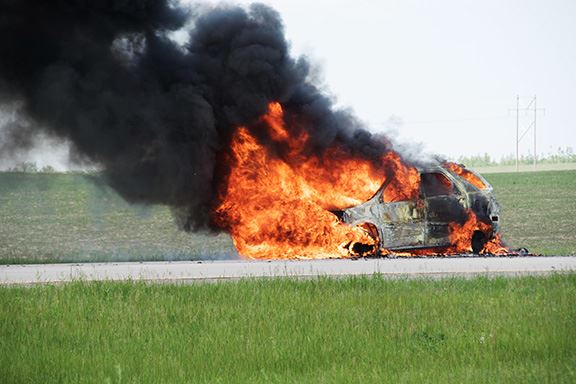 If you do – your vehicle is at risk of catching fire after stalling.

The National Highway Traffic Safety Administration (NHTSA) has just opened an investigation into these automakers after reviewing over 3,000 reports of fires in the vehicles.

None of these fires was caused by an accident, and in some cases, the fires started even when the car was turned off completely. One hundred and three of these fires caused injuries, one resulted in a death.

According to the Ralph Nader–backed Center for Auto Safety (CAS), many of these vehicles contain a four-cylinder, direct-injection engine (often a Theta II engine) – previously recalled for improperly machined crankshafts and crankpins that caused the engines to seize.

The CAS has collected complaints of “melted wires in the engine bay, smoke, and burning odors” as well.  NHTSA is also investigating fires originating in the cars’ wiring harnesses and taillights

It was a petition to the NHSA from CAS that started the current investigation.

It’s important to note that this latest action by NHSA is not a recall. If the government determines there is a defect with these cars – a recall can be ordered.

All of this begs the question – why haven’t the automakers themselves already recalled these vehicles?

They are undoubtedly aware of the problem.

Why is it so often necessary for a tragic event to occur before responsible action is taken?  That is the question of the ages.