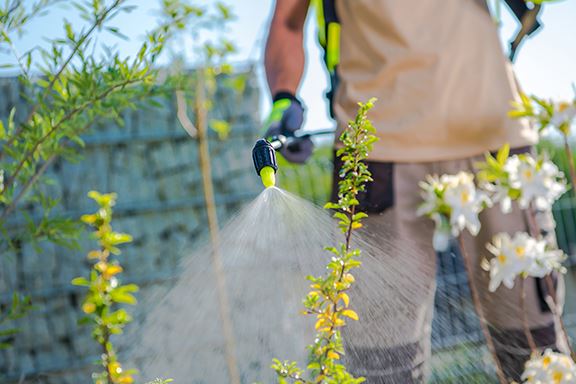 DeWayne Johnson is a 46-year-old man dying of non-Hodgkin lymphoma.

He alleges his cancer was caused by the nearly ubiquitous herbicide Roundup – a product manufactured by Monsanto (now a division of Bayer).

Juries have returned three unanimous verdicts finding that glyphosate-based Roundup was a substantial cause of his cancer while also calling for extensive punitive damages against the company.

Was Monsanto guilty of knowing Roundup was a danger to consumers, farmworkers, and others and covering up those facts?

Court documents suggest they did.

Monsanto spent millions to attack scientists and journalists working to warn consumers of the dangers of Roundup and glyphosate.

And if that wasn’t enough, an investigation by the French news agency Le Monde details Monsanto’s effort “to destroy the United Nations’ cancer agency, the International Agency for Research on Cancer (IARC), by any means possible” to save glyphosate.

The company’s efforts to discredit the IARC involved collaborations with industry-funded “think tanks” and spin groups that cynically and fraudulently claim to be “independent” sources of information.  These groups include organizations such as the International Food Information Council and academic-sounding front groups like Sense about Science, the Genetic Literacy Project, and Academics Review.  In these efforts, they all use similar messaging and often refer back to each other as sources.

According to the consumer watchdog group, U.S. Right to Know, “one set of documents revealed how Monsanto’s PR operatives organized something called “Academics Review” as a neutral-sounding platform from which they could launch attacks against a target list of foes, including the Sierra Club, author Michael Pollan, the movie Food, Inc. and the organic industry.”

By the way – Academics Review makes claims on their website that they only accept financial help from “non-corporate sources” when in fact it appears their primary funders include Monsanto, Bayer, BASF, Syngenta, and DowDuPont.

The grave dangers for consumers of this type of corporate behavior are all too obvious.

As Tufts Professor Sheldon Krimsky (Professor of Urban and Environmental Policy and Planning at Tufts University, and adjunct professor in the Department of Family Medicine and Community Health at Tufts University School of Medicine) has so aptly stated:

“To protect the scientific enterprise, one of the core pillars of a modern democratic society, against the forces that would turn it into the handmaiden of industry or politics, our society must support firewalls between academic science and the corporate sectors and educate young scientists and journal editors on the moral principles behind their respective professional roles.”

Let us be very clear.  Monsanto is not alone in their efforts to manipulate information and deceive regulators, legislators, and the public.  It’s an all too common practice in corporate America.  And that’s why each one of us must remain vigilant, make careful and informed purchase decisions, and punish those found guilty of intentionally endangering the lives and health of others.