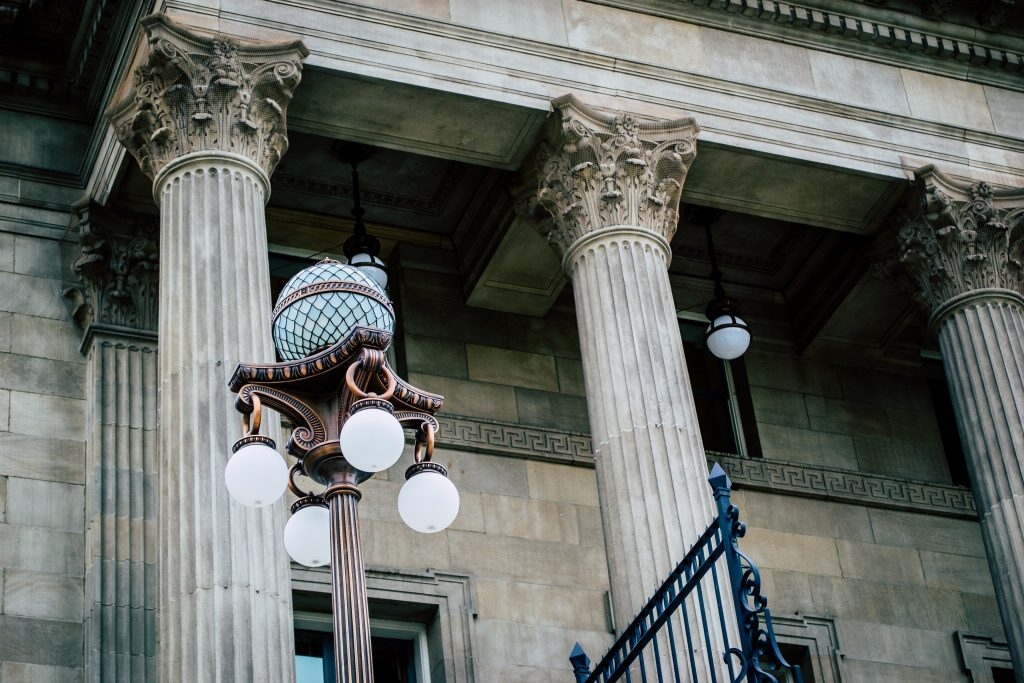 Everyone in America has the right to a day in court and a jury trial. Over one hundred years ago, in Chambers v. Baltimore & Ohio Railroad Company, the U.S. Supreme Court said, “The right to sue and defend in the courts is the alternative of force. In an organized society, it is the right conservative of all other rights, and lies at the foundation of orderly government.” The Sixth and Seventh Amendments to the United States Constitution expressly preserve the right to a jury trial in criminal and civil cases.

Why? Because the courts are the one place where even the most powerless can hold the powerful accountable. Because “jury trials prevent tyranny,” the National Judicial College says in “Why Jury Trials are Important to a Democratic Society.” It explains: “We do not want judges and lawyers making every important decision; they are not representative of the people of the United States. Juries provide the voice of common sense and the perspective of the citizen to our developing body of law.”

Sadly, that’s exactly why corporations and government officials willing to cheat, injure, or discriminate against people—or value money over lives and safety—are trying to limit or eliminate the right to a day in court and a jury trial throughout America. They don’t want to be held accountable. So they’re using and expanding forced arbitration, class action bans, federal preemption of people’s rights under state law, corporate and governmental immunity, gag orders, secrecy, and a wide range of other tactics to try to close the courthouse doors. We can’t let them succeed.

Each year, Public Justice shows—and educates the public and the legal community about—the critical importance of the right to a day in court and a jury trial…

MicroCool surgical gowns were marketed as the safest and most protective gowns in the world. They were recommended hospital attire for healthcare professionals working with Ebola patients and for surgeries on patients with some of the most highly transferrable blood diseases, including HIV/AIDS and Hepatitis. But the gowns’ manufacturers—Kimberly-Clark Corporation and Halyard Health, Inc.—knew as far back as 2012 that the gowns were defective and had failed numerous tests.

Despite internal emails and documents describing the machines used to make the gowns as alarmingly substandard, these companies failed to alert the FDA, health professionals or patients. Employees who knew too much were fired and the manufacturers even exploited the Ebola crisis to increase sales, selling millions to unsuspecting medical professionals.

When sued, Kimberly-Clark and Halyard paid their own lawyers more than $50 million trying to avoid accountability. They fought on every front, even seeking to disqualify plaintiffs’ counsel. Eventually, a unanimous jury awarded more than $454 million in punitive and compensatory damages against them.  The Centers for Disease Control and Prevention subsequently “quarantined” some of its own stock-piled MicroCool gowns and announced it had no intention of ever using them.

When longtime Wal-Mart employee Jacqueline Cote attempted to enroll her wife, Dee Smithson, in the company’s health insurance plan, she was told that the company only offered health insurance coverage to opposite-sex spouses. Dee was diagnosed with ovarian cancer in August 2012 and lost her individual health insurance two months later. Over the next year, the couple racked up more than $150,000 in out-of-pocket medical expenses for her treatment.

In 2014, GLBTQ Legal Advocates & Defenders (GLAD) filed a charge of discrimination against Wal-Mart with the Equal Employment Opportunity Commission (EEOC), alleging that Wal-Mart’s refusal to give spousal benefits to employees who were legally married to persons of the same sex violated Title VII’s prohibition on sex discrimination. In January 2015, the EEOC agreed.

Jackie then filed a nationwide class-action suit seeking justice for all Wal-Mart employees whose spouses had been denied health benefits. The case presented many difficult legal and factual issues, from whether Title VII protected LGBT workers to how to identify class members (since Wal-Mart did not keep relevant records) to the impact of the federal Defense of Marriage Act (DOMA), which the Supreme Court struck down in 2013. But the legal team would not give up.

They won a historic $7.5 million settlement – the first class certification and settlement for LGBT workers challenging workplace discrimination. Class members received payments greater than the value of the health benefits they had been denied, along with Walmart’s commitment to provide same-sex and opposite-sex couples equal health benefits in the future.

Predatory payday lender CashCall was notorious for charging excessive interest rates and then evading justice by forcing borrowers into a Native American tribal law-based arbitration system that, it claimed, was protected by tribal sovereign immunity and off-limits to American courts. One CashCall client, Abraham Inetianbor, already had a federal court order entered against him forcing him to arbitrate against CashCall when he contacted the law firm of Wallace & Graham for help. Using recordings of the arbitration, the firm persuaded the court to vacate its order. That ruling was upheld by the federal appeals court, allowing Inetianbor his day in court.

Critically, the ruling also enabled his counsel to challenge and stop a proposed settlement with CashCall in South Dakota that would have recovered $7 million for all claims nationwide. After they did so, state-by-state settlements with CashCall were reached for more than ten times that amount. In Florida, for example, a settlement worth nearly $30 million was obtained. Coordinating closely with the Florida Attorney General and Office of Financial Regulation, the legal team won payment of fines and restitution to Florida agencies, $14,417,810 for the class members, and the voiding of thousands worth nearly $15 million. The defendants were permanently enjoined from future lending in Florida.

The case exposed and broke through CashCall’s efforts to hide behind tribal immunity. It also showed how the right to a day in court lets people work with government officials to make sure justice is done.

In 2006, Thiawachu Prataya, a U.S. citizen, traveled to Laos and brutally raped 14-year old Panyia Vang, who became pregnant as a result of the rape and suffered immense physical and emotional pain caused by the sexual assault. Prataya, however, was never charged with a crime.

On May 11, 2017, after a three-day trial in federal district court in Minnesota, the jury—after deliberating for approximately 10 hours—returned a complete victory for Vang on all three issues: the verdict stated that the defendant engaged in a sexual act with the plaintiff by using force against her, confirmed that the plaintiff was under 16 years of age at the time, and the court awarded Vang (who has full custody of her child) $950,000 in damages.

Believed to be the first civil jury verdict in a sex tourism case, the matter received widespread international press coverage. Citing Masha’s Law, a 2006 federal statute that affords children the right to sue anyone who produces, distributes, or possesses pornographic images of them, the case proved that U.S. citizens who travel overseas to engage in illicit sexual conduct can be tried and held accountable in court.