Can You Still Recover Compensation After a Hit-and-Run?

After causing an accident, some drivers flee the scene before police can arrive. While occasionally the other driver is later identified, many times the responsible party is never found. If you are injured by a hit-and-run, you might be able to recover your losses under the uninsured motorist insurance coverage held by you, your family, or the vehicle that you were occupying. Most Connecticut automobile insurance policies have defined “uninsured motorist” to include unidentified drivers.

What Can Police Do About a Hit-and-Run?

As law-enforcement officers, the police have other avenues of uncovering evidence in a hit-and-run accident that can be helpful at times:

In addition to the above actions, police officers can also file an official accident report on your behalf, which can help verify your claim with your insurance company if you need to pursue compensation through uninsured motorist insurance.

You should always report a hit-and-run accident to the proper authorities as soon as it happens.

What Evidence Is Needed to Take a Hit-and-Run to Court?

At the end of the day, even if you are unable to identify the hit-and-run driver, you may still be able to obtain compensation for your injuries and damage to your personal property.

How Do You Report a Hit-and-Run Accident?

In Connecticut you are required to report any car accidents where an individual is hurt or killed and whenever property damage occurs. If a police officer does not respond to the scene of your accident, it is important that you reach out to your local law enforcement to report the accident yourself within 5 days of your accident. The sooner you report the accident, the better, especially in cases involving a hit-and-run.

What is the Penalty for a Hit and Run in Connecticut?

In Connecticut, hit and run drivers face steep fines and potential jail time if they flee a scene where an individual was injured or killed. They may be charged with fines up to $10,000 dollars and face a prison sentence between 1 and 10 years. If no one was injured in the accident, the punishment may be less severe.

How RisCassi & Davis, P.C. Can Help 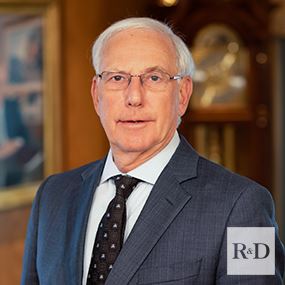 ​One of our partners, Michael Jainchill, is a leading legal mind on cases like these and will be part of your legal team. He is also the co-author of Connecticut Law of Uninsured and Underinsured Motorist Coverage, published by The Atlantic Law Book Company, now in its Fourth Edition. The Connecticut Supreme Court has referred to this book as the leading book in the field of uninsured and underinsured motorist law. Need to hire a hit-and-run accident attorney in Connecticut?

Let our Connecticut hit-and-run accident lawyers provide you with the help you need. Call us at (860) 245-2412 today to schedule a free initial consultation.